Professor Muhammad Yunus is a Bangladeshi economist who, in 1976, attempted to tackle the problem of world-poverty by founding the Grameen Bank. This common-sense institution now distributes more than $100 millions of low interest, small (or micro-credit) loans annually, to persons (mostly women) without collateral, in order to help them to escape the poverty-trap by starting their own businesses and achieving financial self-sufficiency. Muhammad Yunus was awarded the Nobel Peace Prize in 2006, along with Grameen Bank, for their campaign to create economic and social development around the world. Amongst many other international awards, Muhammad Yunus received the Presidential Medal of Freedom from Barack Obama, in 2009. 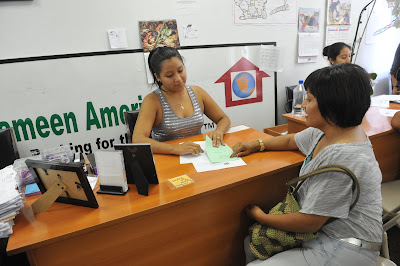 Although technically it is not classified as a bank in the USA (because it can't accept deposits from the public), in 2008, Grameen America opened its first Branch in the New York borough of Queens. This was followed in 2009, with a branch in the South Side of Omaha, Nebraska, where almost all borrowers have been unemployed, women immigrants from Latin America. 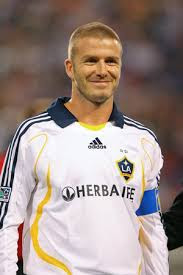 It has recently been reported that many of the poor women who received their initial $1500 loans from Grameen America in New York and Omaha, have been persuaded to pour this borrowed-cash into 'Herbalife' and other 'MLM income opportunity' frauds, believing that they were going to achieve total financial freedom through buying a quota of products each month whilst recruiting their friends and relatives to duplicate the same endless-chain plan. In this way, numerous empty stores in Omaha were transformed into so-called 'Herbalife Nutrition Clubs.' These were typically draped with green curtains and decorated with posters of soccer stars who play for clubs sponsored by 'Herbalife.' Sadly, a number of these so-called 'Herbalife Clubs' have already vanished and the loans which were used to create them, have not been repaid.

In reality, all so-called 'MLM income opportunies' have been dissimulated closed-market swindles (i.e. without a significant or sustainable source of revenue other than that deriving from their own contributing participants, due to the fact that 'MLM' products have always been effectively-unsaleable on the open market). Classically, other than an insignificant minority of schills at the top of these pyramids, all so-called 'MLM income opportunities,' have had an 100% rolling loss/churn rate, whilst this key-information has been deliberately hidden from the public by their instigators.

Until recently the Grameen Bank has operated a policy of trusting its clients to make their own choice of business. However, for obvious reasons, certain Grameen staff have belatedly begun to advise their American borrowers not to get involved with 'Herbalife' in particular, and  with 'MLM' in general. 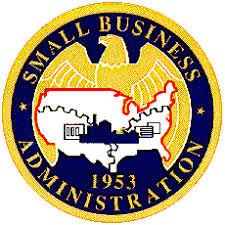 It is interesting to note that the US federal government's Small Business Administration (without actually naming any so-called 'MLM' companies, because that is forbidden by law) specifically lists all 'pyramid sales plans' as being ineligible for financial assistance; describing them as:


... 'plans, where a participant's primary incentive is based on the sales made by an ever-increasing number of participants. Such products as cosmetics, household goods, and other soft goods lend themselves to this type of business.'